Atleast make a concious attempt every day to follow this when you speak, when you honestly follow this you realise that your talking has come down and slowly silence is taking over you. hence reality opens up in that supreme silence.

"If you can see God residing in all beings and things; you know that he resides in you."

He alone is perfect and all his creations are perfect; What ever he does is always right for all the right reasons.
Live with him, live in him, be him. The Omniscient, The Omnipotentt, The Omnipresent.

Q: When will it happen?
M: It will happen as soon as you remove the obstacles.

Q: Which obstacles?
M: Desire for the false and fear of the true. You, as the person, imagine that the Guru is interested in you as a person. Not at all. To him you are a nuisance and a hindrance to be done away with. He actually aims at your elimination as a factor in consciousness.

Q: If I am eliminated, what will remain?
M: Nothing will remain, all will remain. The sense of identity will remain, but no longer identification with a particular body.
Being -- awareness -- love will shine in full splendour.
Liberation is never of the person, it is always from the person.

Q: And no trace remains of the person?
M: A vague memory remains, like the memory of a dream, or early childhood. After all, what is there to remember? A flow of events, mostly accidental and meaningless. A sequence of desires and fears and inane blunders. Is there anything worth remembering? The person is but a shell imprisoning you. Break the shell.

For those of you, who finished reading Autobiography of a yogi, this is the book you need to follow up with.

Living with the Himalayan Masters

Review: This book is written by Swami Rama himself (in his own words and style)  ,his meeting with various sages at different points of time and how they helped him to become what he eventually becomes. Swami Rama`s style of writing in this book is such that there is a lot for the readers to read between lines. It looks like few things are intentionally written that way so that the readers have space for their thinking and get new understanding of it. One thing I am sure of is every time you read this book you are bound to come out with more deeper meaning than the earlier time. I am not going to quote any story or lines from the book intentionally, simply because there is a good change that it will spoil the fun when you read it,

The beauty of the book is , it has small chapters  usually run 2-3 pages, can be read independently with no connection to other chapters.
Most of it is from the Dairy which Swami Rama used to write during his visits with the Sages and Yogis.


At the Eleventh Hour AKA The official Biography of Swami Rama

When I was in Australia on May 4th 2013 at Uncle Arthur`s house, I was asking him several questions about Babaji , etc. he told that this is one book I must have to read, he made a small mention saying that Yogi`s in Himalayas stop Avalanche just by signaling their hand.

Review: Written by Panditji ( Rajmani Tigunait ) .Swami Rama`s disciple. This is the book that connects all the dots you had in Living with the Himalayan Masters of Swami Rama. Panditji has written this book very beautifully in almost detailed manner. Swami Rama had asked Panditji to translate his book "Living with the Himalayan Master" in to Hindi intentionally, when translating it Panditji had several doubts and this book is the result of all the doubts and hence connecting the dots of the earlier book. I have not read any book this good ever in my life, at least that`s what I feel at this point of time.
Most chapters run 20 pages and it is much better if read in sequence from the beginning of the book.

What do you expect from this book?
Goosebumps every 2 pages, some times twice in same page.Simply blows your mind to the core.
For any one who believes everything is possible and is spiritually oriented, there is no way you can escape this book.

I have to leave this quote simply because I cannot resist it:
"Be happy and fearless. Remember that you are a child of Divinity. Loss and gain cannot even touch your shadow. ~ Swami Rama"

As a continuation to my Blog I posted nearly 2 years back.
http://yellareddy.livejournal.com/54270.html
I had made up my mind after meeting Jaggi Vasudev that I have to Visit Isha Foundation at Velliangiri hills.
Prior to this I had read "The Mystic Eye" and Mystic Musing" and was very familiar with Jaggi way of life.

8th October 2012
Train reaches Coimbatore at 5.30 AM.
Visited my childhood friend Sunay and had osommeeee Dosa at his place;  later at 9, headed to Isha foundation (34 kms for coimbatore) on taxi (900 INR).

Isha Yoga Center
Velliangiri Foothills, Semmedu (P.O.),
Coimbatore - 641 114, INDIA
Telephone: 91-422-2515345
Reached Isha at 10.30. walked around for some time.
You will be shown a 4 minute intro video with all the instructions.
Mobile Phones Cameras and footwear will not be allowed inside, they have to left in the lockers and collected later.
1: First thing to visit will be Linga Bhairavi. (Spent some 10 -15 mins)
2: Next would be Theertakunda, where you are required to take a dip in the water, it has a linga in between which is supposedly solidified mercury at room temperature.
3: Last would be Dhyanalinga, where you will be meditating, I will not elaborate on this as this is something better experienced than said. I was lucky enough to be present during Nadha Aradhana which happens at 11.40 AM.

Later at 1.20 , had lunch at the canteen close by and then all of a sudden it rained, I loved the fragrance of mud when the rain drops fell and I made it a point that I got drenched in rain.

All in all wonderful experience, good that I did it finally.

She got up from her bed (earlier than her daily routine) very much vivacious and looked at her cell phone, smiled and replied some messages; restlessness written all over her. She made the most important call of the day to the local Mehandi girl, who would eventually be spending rest of the day decorating her like a beautiful mannequin with Indian tattoo (Mehandi). By the time the sunset, her hands and legs were decorated with all kinds of fractal designs and her happiness quotient had gone up by 2 points to cross a perfect 10. The scent of Mehandi lingered all around her, wherever she walked. She made a point to stop by her dearest cat (Tommy Meow) and talked to her knowing that the time for her to move to her new house was nearing.

Later in the evening, the Family was sitting in a circle, chit-chatting. Out of the blue, she asked her brother her favorite question for the umpteenth time; “Who do you like the most in the world? Without hesitating and not giving much work to his brain, he did the usual by pointing his index finger to her; only to see her even more jubilant face bloom now (it was indeed worth the most expensive thing for him in the world).

After a small pause; she shot her next question. Will you cry when I go to my in laws house after the wedding?
This hit him like a bullet from a sniper from an unknown region and time seemed to have stopped to find an answer, he had a lump in his throat and words dried up. He took a deep breath and looked for his Mom (already busy doing household chores) for an answer and to bring an end to this interminable silence. He gathered all his courage looked in to her eyes and uttered his words with great difficulty only to see her smile again, "No I won't”. 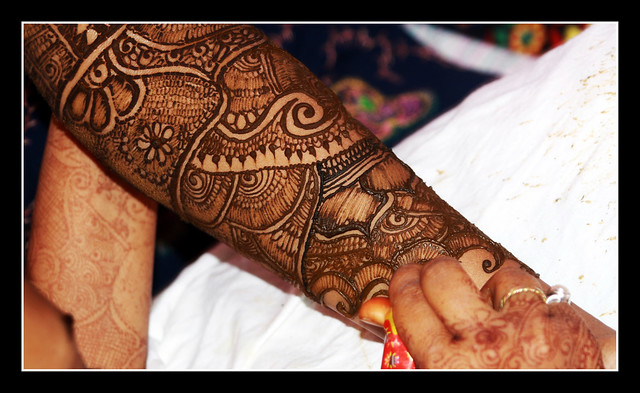 Robin: Ted, the future is scary.
But you can't just run back to the past because it's familiar. Yes, it's tempting...
Barney: But it's a mistake.

"In order to survive, we cling to all we know and understand. and we label it reality.
but knowledge and understanding are ambiguous.
that reality could be an illusion."  ~Itachi Uchiha.
This line is an extract from the episode 'The Light & Dark of the Mangekyo Sharingan' of Naruto: Shippuden.
Dec 22, 2009


Have you ever had a dream, Neo, that you were so sure was real? What if you were unable to wake from that dream?
How would you know the difference between the dream world and the real world?

~Morpheus to Neo  in  Matrix